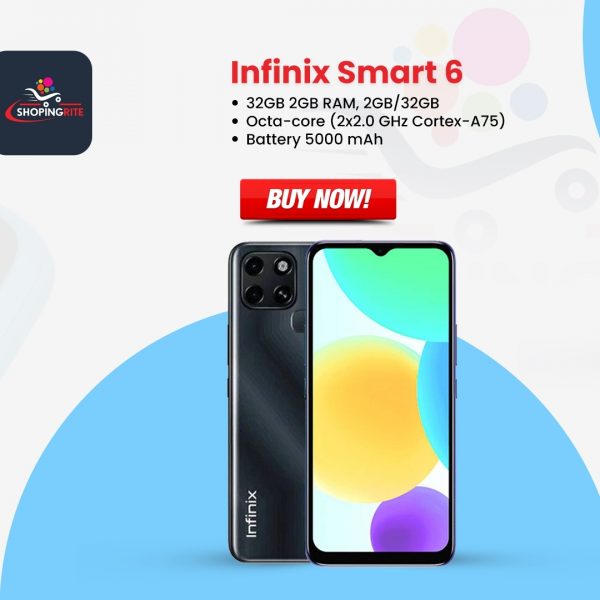 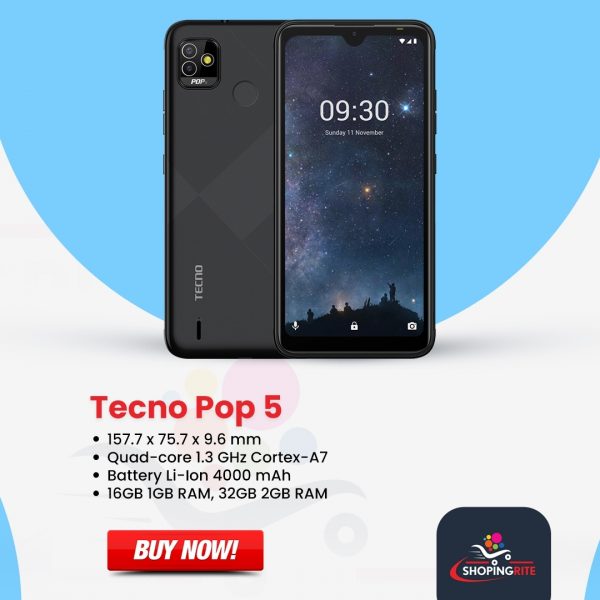 The review of the Tecno POP5 LTE will tell you that it has a sleek design, 3GB RAM, 32GB ROM, 6.52” display, 8MP camera, and an octa-core processor, and a lot more.

The sleek body of this phone has a captivating design and an easy-to-grip shape. As a result, this phone is very popular.

HIOS 7.6 is the latest version of this OS with this Android 11 phone.

The specs of the POP5 LTE include a processor with octa-core and a Unisoc SC9863A chipset of 28nm, which is even better than the Cortex A-9 core with a faster GPU and clock speed.

This phone has a 3GB RAM, and it comes with a ROM of 32GB to store your data. The RAM size may not seem like much, but it is great for standard users and is even affordable. Get a reasonable price for these features of POP5 LTE from Shopingrite, Pakistan’s best online store.

The camera specs of the Tecno POP5 LTE includes a dual 8MP back camera and a front camera of 5MP. Also, videos can be recorded in 1080p at 30fps, so you can capture your memories better and as a result can view them in high resolution of 720 x 1600 pixels.

You can view the IPS LCD of this phone on its 6.52” widescreen display.

The back-mounted fingerprint scanner of this phone is usually preferred as it stays unlocked unless you trace your finger at the back of the phone purposefully. But the phone gets more accidentally unlocked on a side-mounted scanner, which becomes inconvenient.

The phone has a 5000mAh battery capacity which is good enough to last the whole day.

The price of the Tecno POP5 LTE can be checked at Shopingrite, the best online store in Pakistan. This review of the Tecno phone is one of the many helpful descriptions of the phones given with each of the respective gadgets, so you can easily shop for electronics without worrying about not having done previous research.

There are no reviews yet.

Rated 0 out of 5
₨28,999
Realme C17 Display More spread-out icons and options will help you browse strain-free through your phone. And you can face
Add to wishlist
Read more
Quick view

Rated 0 out of 5
₨80,640
Description This brand new HP 250 G7 is sturdy and has all the best processing qualities that you generally seek
Add to wishlist
Add to basket
Quick view

Rated 0 out of 5
₨100,240
“Brand New” Lenovo Ideapad 3 (Grey) (1 Year Local Warranty) Are you in the market for a brand new affordable
Add to wishlist
Add to basket
Quick view